Why Does God Forbid Sex Before Marriage? 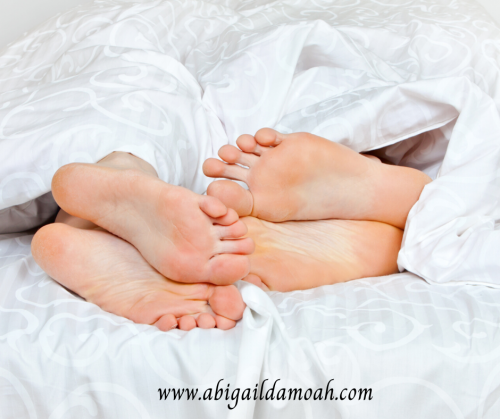 1 Corinthians 7:2 – “Nevertheless, because of sexual immorality, let each man have his own wife, and let each woman have her own husband.”

A couple of days ago, one of my non-Christian friends asked why Christians don’t believe in sex before marriage. She had some very valid arguments as to why it didn’t make any sense; such as, why would God create humans to be sexual beings and start experiencing sexual feelings at a young age if we are not allowed to use it?

I have done a lot of research into this issue, namely because I don’t believe in blind faith. I question everything for several reasons; for one, I got saved in 2012, prior to this Christians were always ministering to me. But I found that when I asked them certain questions, they gave me vague responses such as, “Because that is what it says in the Bible.” These answers gave me no incentive to want to follow Christ as my inquisitive mind was not satisfied with what I was hearing, I wasn’t a believer and couldn’t relate to what they were saying. So now that I am saved, I have spent many years studying why God gives us specific instructions, and what I have discovered about the biology of sex is very interesting.

As we know, God created sex for marriage; however, due to societal and cultural influences, we have been conditioned to think differently about it. Christian counsellor Waylon Ward refers to this dilemma as the, ‘Pickle Principle.’ He explains that cucumbers become pickles by soaking them in water, brine vinegar and spices for a certain amount of time. Ward describes humans as pickles; in other words, we have been transformed into something that God did not intend. We have been soaked in the brine of a culture that devalues sex, and as a result, we have absorbed its beliefs and principles.

This brine includes the notion that our bodies belong to us; and therefore, we have the right to do as we please with them, and this includes having sex with whoever we desire. These ideologies are delivered through movies, TV and music, we are told that sex is the ultimate form of pleasure, and as long as we are of the legal age, we can indulge in it as often as we like. In other words, the main aim of sex is for satisfaction, which reduces humans to objects of sexual gratification.

However, the Christian perspective is that sex is for marriage, and pleasure is the by-product of this union. God did not only create sex for procreation, it is also deeply satisfying; our heavenly Father strategically designed the male and female body to compliment each other with hormones to initiate the desire for sex.

You will often hear the words, “soul tie” spoken from the pulpit when this topic is discussed, but rarely will you hear an explanation as to why it is referred to as a ‘soul tie.’ For those of us who have had sex outside marriage, we know that we still have an unexplainable connection with the people we have slept with, even if we don’t like them.

In his book, “Change Your Brain Change Your Life,” Daniel Amen explains that when a man and a woman have sex, there is a release of the hormone oxytocin which creates a limbic emotional bonding between two people. One of the reasons why it is so much easier for men to have one-night stands is because women have a larger limbic system than men, which causes her to form emotional attachments faster. Another hormone released during sex is dopamine, it is responsible for causing addiction because it activates the reward centre in the brain when a goal has been accomplished. This is one of the reasons why pornography is such a destructive behaviour, and why people are constantly chasing one-night stands – they are addictive. But these hormonal and neurological consequences were designed to create a bond between husband and wife. But for the man or woman watching pornography or having a one-night stand, that bond is formed with the image on the screen or the person they have met and the biological response that was intended for marriage gets hijacked by ungodly practices.

That is the biological side, the physical consequences are much more serious. As you are aware, there is a worldwide problem with abortion, adoption, single parent families, rape, sexually transmitted diseases and much more. I won’t bore you with the statistics, because I think you get my point.

God created us, and He knows what’s best for us, when we choose to live outside of His will, there are going to be consequences.