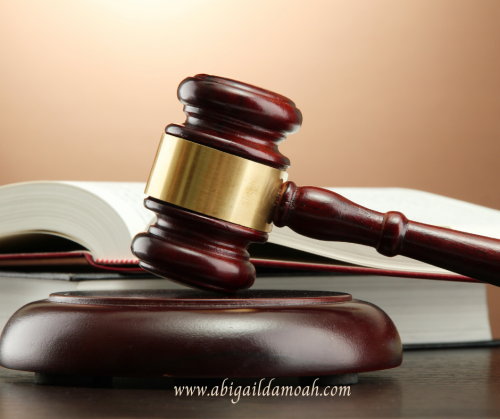 Romans 12:19 – “Beloved, do not avenge yourselves, but rather give place to wrath; for it is written, “Vengeance is Mine; I will repay,” says the Lord.”

I used to be a fighter, you couldn’t say one bad word about me, my family, my friends or Michael Jackson (I am his greatest fan), without getting a black eye. If I so much as heard that someone might have said something, that person was either getting a phone call, I would turn up outside their school, or I would show up on their doorstep! I was always involved in some type of drama and would fly off the handle if I thought I was being attacked in any way. I spent the majority of my time and energy fighting. My friends knew who to call if they needed backup, whether night or day, I would be there ready to throw the first punch. In fact, most of my friends didn’t need to fight their own battles, because I would fight on their behalf.

I had stopped fighting long before I went to prison, I grew out of it, but I was still involved in verbal wars. I would let some things slide, but most of the time, it was very easy to get a reaction out of me.

People pretty much left me alone in jail, I stood on the side lines and observed the culture of the institution and learnt very quickly that if you stay to yourself, and don’t talk too much, you can avoid getting on anyone’s bad side, and so that’s exactly what I did. But when I met Jesus and started speaking to the women about God, that is when the attacks came.

There were many instances where women attempted to destroy my reputation. I used to hold a prayer circle once a week, and one lady (a very well respected inmate due to the length of time she has been incarcerated), decided to go from cell to cell and tell them that they shouldn’t attend the prayer circle because I was a killer, that I was evil and that I was praying to demons to ensure that no one got out of jail because I knew I was going to prison for life. That evening, very few women attended the prayer circle.

My instincts were to approach the lady, and then go around the dorm defending myself. But the Holy Spirit had given me a clear word regarding the situation. First, Ephesians 6:12 states, “For we do not wrestle against flesh and blood, but against principalities, against powers, against the rulers of the darkness of this age, against spiritual hosts of wickedness in the heavenly places.” The battle is not physical, it is spiritual, but the devil and his demons can not do their work unless they have a willing human vessel to work through, so when Christians are under attack for no other reason other than the fact that they are born again and trying to do the work of the Lord, it is important to understand that those attacks are coming from the kingdom of darkness. The devil knows that there is nothing he can do to Jesus because He is seated at the right hand of the Father, but as every parent knows, if you want to hurt them, touch their children. Not only does the devil want to hurt Jesus, he also wants to ensure that the bound remain that way. And what better way to do so than to tarnish the name of the people who are delivering the Gospel?

Since I knew that I wasn’t fighting a physical battle, prayer became my weapon. Instead of trying to vindicate myself, I gave it to God, and not only did he vindicate me, the following week, the person spreading the rumours not only came and apologised to me but went around calling the prayer group in the evening and joined the prayer circle every week after that! There was not one woman left in the dorm during prayer time! Praise Jesus! “When a man’s way’s please the Lord, He makes even his enemies to be at peace with Him.” – Proverbs 16:7.

Choose your battles wisely, allow God to fight for you and you will see the salvation of the Lord!