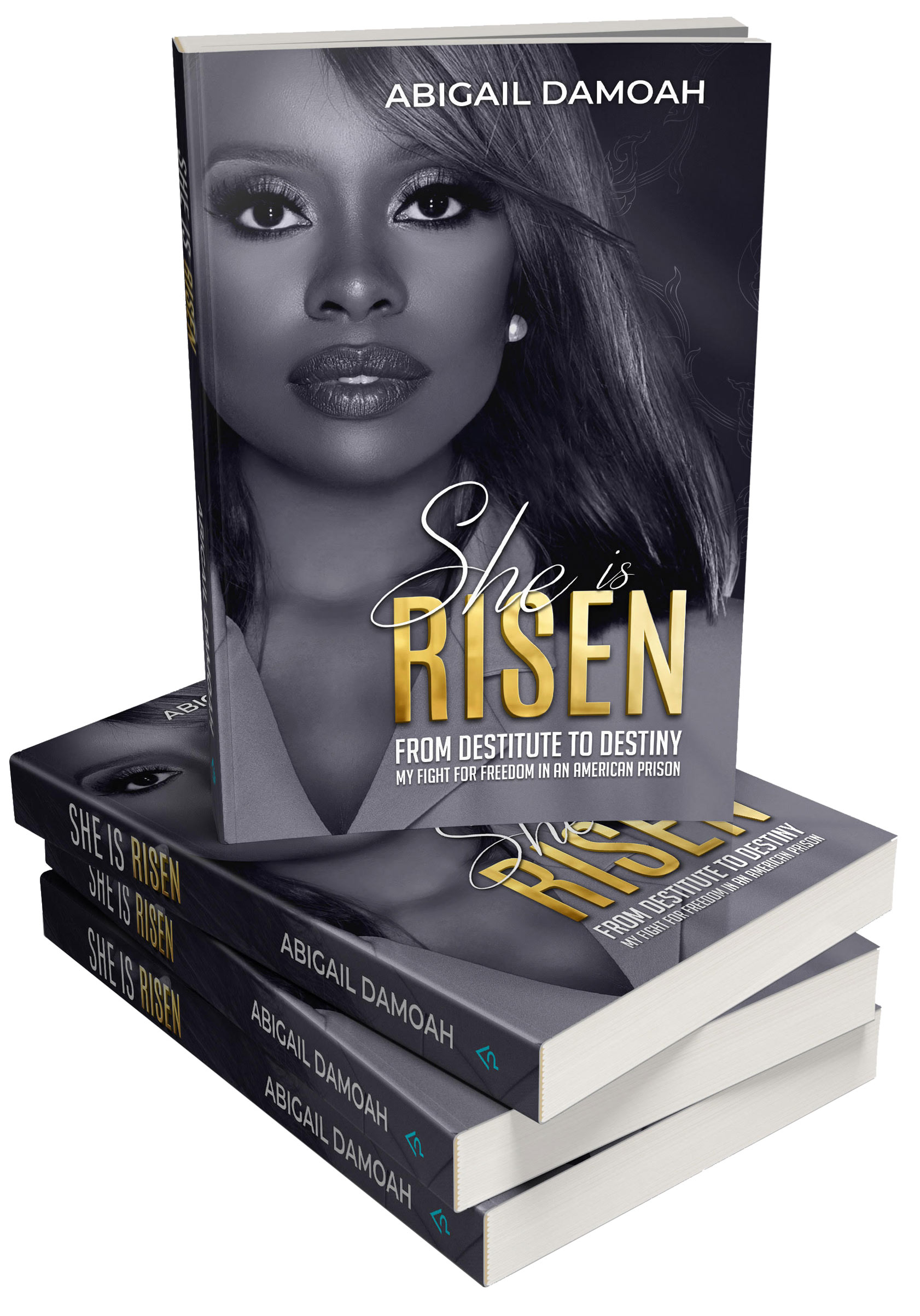 FROM DESTITUTE TO DESTINY

MY FIGHT FOR FREEDOM IN AN AMERICAN PRISON

THE REMARKABLE AND COURAGEOUS TRUE STORY OF ABIGAIL DAMOAH, INCARCERATED FOR A CRIME SHE DID NOT COMMIT. DESPITE THE HORRORS OF THE INJUSTICE SHE FACED, DAMOAH CHOSE TO USE HER PAIN AS A PLATFORM TO LAUNCH HER INTO HER GOD-GIVEN PURPOSE.

Raised in a suburban area in the United Kingdom, from the outside in, everything looked perfect. But something happened to Abigail when she was eight years old that changed the entire trajectory of her life.

Filled with unresolved anger, self-destruction became her mantra. By age thirteen, she had her first run-in with the law, and was suspended from school for fighting. Despite her wayward nature, she was described as “clever and creative” in academic reports. Abigail was an enigma to her teachers; the combination of raw intelligence and rebellion did not give them much hope for her future.

It appeared Abigail had defied the odds after graduating from university with a 2:1 in Criminology and Sociology, and then went on to study for an MBA in Human Resource Management in Atlanta Georgia. But it was here her past returned to haunt her, and her life took a turn for the worst. A tragic car accident claimed the life of her passenger, and Abigail was seriously injured. After returning to the United Kingdom to recover, she was extradited on the charge of vehicular homicide.

Abigail took her case to trial; she was found guilty, and sentenced to twelve years in a Florida state prison. It was during this time the broken pieces of her life came together. She is Risen is a powerful story of redemption and resilience. Abigail pens a bold and honest rendition of her life history. She shares how finding Jesus while incarcerated became the anchor which strengthened her not only to endure conditions in one of the worst prisons in the United States, but to turn what should have destroyed her, into a sweet symphony to inspire all who read her story.

Her extraordinary memoir is one of unshakable endurance and fortitude. She writes candidly and brilliantly about the events that led up to her incarceration. It’s packed full of insightful life lessons that are only revealed through careful introspection and self-awareness. Damoah’s story is layered, fascinating, shocking, and triumphant. It provides illuminating insight into the horrors of the American justice system, and the bias nature of the extradition treaty between the United Kingdom and the USA. Her story is beyond inspiring...It’s life affirming. – Alpesh Patel, Author of TESTED and Founder of ZMBIZI

Abigail Damoah is a speaker and personal development copywriter based in the United Kingdom. She is a passionate advocate for prison reform, and has dedicated her life to spreading the same message of hope that lifted her out of the pits of despair. Abigail is an avid cat lover, and enjoys travelling in her spare time.