Why Would a Loving God Send us to Hell? 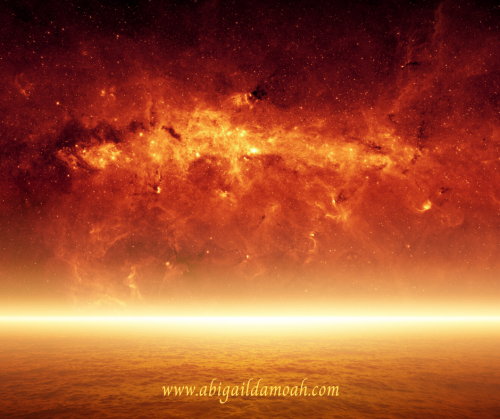 Revelation 20:15 – “And whosoever was not found written in the book of life was cast into the lake of fire.”

Even as a believer in Christ, I often wonder why a loving God would sentence people to burn in hell for eternity? I know some really nice people who are not believers, they help the needy and they are very decent human beings, but they don’t believe in Jesus, and they have very valid reasons not to. However, some time ago, I was given this revelation, and I want to share it with you.

Imagine that you lived in a neighbourhood where nobody spoke to you because you were different to everyone else, they would avoid you in the street, never invited you to any of their gatherings, and said terrible things about you behind your back. But what they didn’t know is that you had a certain amount of power giving you access to a HD TV screen in your house where you could see into every home on your street. Day in and day out, you watched what your neighbours did without them knowing.

The lawyer down the road with a wife and two children spent his evenings verbally abusing his family, but on the surface, their household looked perfect. Number 44 got a kick out of stealing random items from work, the residents at number 46 appeared to be the nicest people in the world, but they would smile in your face and speak all manner of evil against you behind closed doors. Number 48 was an accountant but a secret cocaine addict, some where genuinely nice people, but they were advocates of immoral sexual practices.

One day, there was a tornado, and everyone’s house was blown away apart from yours. All your neighbours came and knocked at your door asking for a place to stay, what would you say? You would say no, not because you are being mean, but because you’ve got children and you don’t want your house contaminated by liars, alcoholics, drug addicts, thieves and people who no matter how nice they are in other areas of life, don’t have your best interests at heart. Therefore, you shut the door.

Similarly, if your household has rules and standards, you are not going to allow people into it who break them and have no regard for how you choose to live. As simplistic as it sounds, God is no different, when we leave this earth, we will be ushered into the presence of the one who created us. Back to my revelation, the earth has been destroyed, and the only place still standing is the house of the Lord. But many of those who are knocking on His door have said terrible things about Jesus, they avoided their Christian neighbours because they were different, they don’t know anything about God or the way He expects them to live, but they want to come into His house. Psalms 66:1 states, “Heaven is my throne,” in other words, heaven is God’s house, why would He allow anyone into it who refuses to live by His standards? God threw Satan out of heaven for this very reason, so allowing those who have not lived a life that is pleasing to Him while they were on earth into His dwelling place would only stand to defile His holy temple. Therefore, He must shut the door.

But why hell? Isn’t there somewhere else for them to go? I can’t answer that question, all I know is that hell was not created for mankind, it was created for the devil and his angels, and if the soul lives for eternity, it’s got to go somewhere, and according to the bible, it’s either heaven or hell.