When we See Him Face to Face 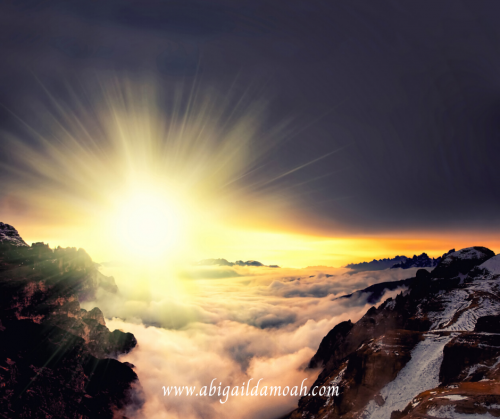 Prior to the Apostle Paul establishing the Corinthian church, the city was one steeped in immorality and idolatry. Famous for its occult practices, it was home to the gods of the Greeks, Romans, and the Egyptians. The temple of the Aphrodite goddess was located in Corinth where its cult prostitutes sold themselves in the name of religion. Several other temples in the city included those dedicated to Isis, Venus-Fortuna, Hermes and Apollo. The god Posedion was referred to as the ruler of the sea, and the creator of earthquakes. Posedion had a very large temple dedicated to him in the city. A shrine devoted to the healing god Asklepios, and his daughter Hygieia were also a prominent feature of Corinth.

The Apostle Paul faced  great opposition while establishing the church, but as always, Gods plans prevailed. As we experience in the church today, despite the fact that the Corinthian people had accepted Jesus Christ as their Lord and Saviour, they continued living contrary to the ways of God, they brought their occult practises into the church. In first and second Corinthians, Paul makes continuous references to their ungodly lifestyles.

Paul remained optimistic about the progress of the church because he had personally experienced the transforming power of God. He had been delivered from the most abominable transgressions. In his former life, he was responsible for killing Christians. Paul had faith that the church would one day do great things for God. He starts the book by saying, “To the church of God which is at Corinth, to those who are sanctified in Christ Jesus, called to be saints.”

As you continue reading, you wonder if Paul was talking about the same church as he penned these words. But he was speaking to them from a heavenly perspective and not an earthly one. Paul makes it clear that he was not in denial about their current lifestyle, but he was addressing their future selves – who they were going to become in Christ. He then goes on to talk about the divisions within the church, and the sexual immorality that was running rampant amongst its leaders. Sound familiar?

The Corinthian books provide an interesting mix of the judgement of God if the church continues to live in sin, and the love that He has for His people. Paul provides them with solutions to their problems, and encourages them with the reality of heaven. This is where we arrive at the above scripture, 1 Corinthians 13:12.

During this era,  mirrors were formed from deficient metal surfaces; therefore, when a mirror was looked in, the image would appear imperfect, blurred and undefined. He compares this to the knowledge that we have of Jesus Christ whilst here on earth. As a church we focus on trivial matters that have no bearing on our ultimate salvation. We do so because our understanding of Jesus is limited. However, at the end of this dispensation, we will see the Messiah as He is, we will stand with him face to face. Prophecy, faith, reliance on the Holy Spirit, and earthly wisdom will cease to exist, and