Forgive Them Father For They Know Not What They do. 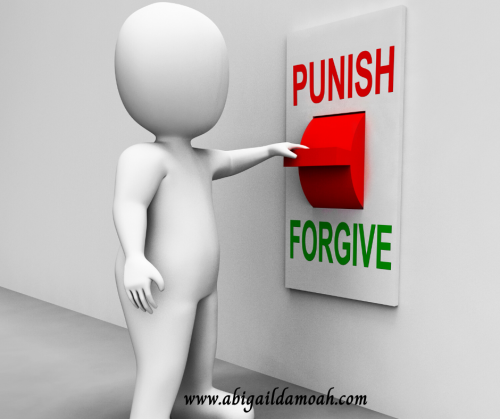 Ephesians 4:32 – “And be kind to one another, tender-hearted, forgiving one another, even as God in Christ forgave you.”

When I became a Christian, I had a big problem with the concept of forgiveness, not for myself but for other people. I was surrounded by women who had the most horrendous things done to them as children. One of the worst stories I ever heard was from a lady whose mother got her addicted to heroin at the age of seven and sold her into prostitution. How could God expect her to forgive her mother? How can God expect the parents whose child has been murdered to forgive the perpetrator? I could not reconcile with this, and I still don’t have the answers. I can only assume that God will empower those who come to Him with the supernatural strength to do so.

Despite how difficult it is, as with every God given command, there is a principle behind it. According to the American Psychological Association, forgiveness is connected to the mind and body, unforgiveness is linked to chronic anger, anxiety, depression, a weakened immune system and a host of other negative physical ailments. Therefore, forgiveness is not about the other person, it’s about you. In my last blog post I wrote about vengeance. The same principle applies here, when someone has wronged you, it is only normal that you are going to want to get revenge on that person. The desire to want revenge only leads to anger, but once you have got revenge you are still angry. I met a woman in prison who had killed a man for raping her daughter, she had a life sentence, and even though she was satisfied with the fact that the perpetrator was dead, she was still very angry.

Forgiveness is not about weakness and accepting defeat, it is freeing yourself from the negative feelings attached to what the other person has done to you. It doesn’t mean that you should become their best friend, forgiveness is not about reconciliation, especially if you are at risk. It is about allowing God to take control; He said that “vengeance is mine,” so trust and do believe that the person who has wronged you is not going to get away with it.

I had to forgive my prosecutor and judge for conspiring to ensure that I was convicted. I was able to forgive them for two reasons; first, I understand that we do not fight against flesh and blood, and that anyone who attacks me is being used by the devil. Second, I can now see the benefits of my incarceration; and in fact, I am grateful that they sent me to prison because I wouldn’t be the person that I am today if I had gone home when I wanted to.

I am in no way suggesting that forgiveness is easy, but what I do know is that the Spirit of God has changed my perspective in many areas. With man, it might look impossible, but with God, all things are possible.