Pride Comes Before a Fall. 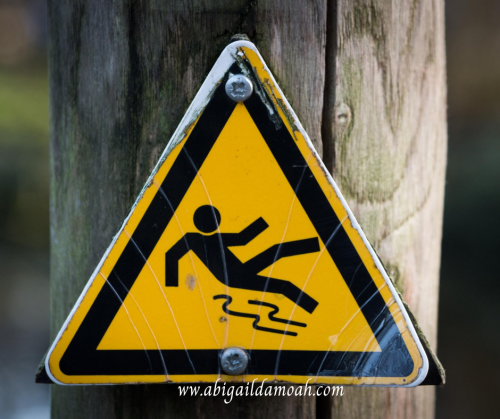 The Edomites were a prideful people. According to the English dictionary the word pride means, “a high or inordinate opinion of one’s own dignity, importance, merit, or superiority, whether as cherished in the mind or as displayed in bearing, conduct, etc.” Proverbs 16:18 states “Pride goes before destruction, and a haughty spirit before a fall.” We witness this verse come to life when reading the book of Obadiah and analysing the behaviour of the Edomites.

We serve a God of order and purpose, every word written in the Bible was put there for us to learn something. When comparing yourself to the Edomites, I am sure most of you are thinking “I’m not that bad,” or “I don’t mock, steal from or cause harm to Gods people.” Well if you have ever sat in church and made a negative comment about a person’s looks, or what they were wearing. Or if you have spoken ill of your pastor or any of the members involved in ministry, then you are just as bad as the Edomites (I hold my hand up, and confess that I have been guilty of such behaviour).

Gods thoughts are higher than our thoughts, and his ways are higher than our ways (Isaiah 55: 8-9). Many of us find it difficult to understand why we would end up in hell with Hitler, but according to God, sin has no levels. To Him stealing a penny is the same as stealing a million dollars. God has high standards, and without Jesus we can’t attain them.

The Edomites thought they were better than everyone; this is one of the reasons why they were destroyed. The word of God commands us not to think of ourselves more highly than we ought (Romans 12:3), this is the definition of pride. Do you turn your nose up at people, would you avoid shaking the homeless man’s hand because you don’t want to get dirty? Would you get up and move if an undesirable came and sat next to you in church? Let me tell you a story:

Pastor Jeremiah Steepek dressed up as a homeless bum and went and sat amongst the congregation of the 10,000-member church that he was going to pastor. He attempted to mingle amongst the congregation for 30 minutes and was greeted by just three out of the 7-10,000 members present that morning. He begged for money to buy food, and not one person put their hand in their pocket. He attempted to sit at the front of the church and was asked to move to the back. Since no one was greeting him, he decided to greet people and instead of being greeted back he was given dirty looks and stared at.

He obediently took his seat at the back of the church and waited for the elders to announce his arrival. When his name was mentioned as the new pastor, the congregation clapped and shouted as they looked around in anticipation. The homeless man at the back of the church stood up and walked down the centre aisle towards the podium. The cheers and the clapping were replaced with silence.

When he got to the altar, he took the microphone and began reciting Matthew 25:34-40 “ Then the King will say to those on His right hand, ‘Come, you blessed of My Father, inherit the kingdom prepared for you from the foundation of the world: for I was hungry and you gave Me food; I was thirsty and you gave Me drink; I was a stranger and you took Me in; I was naked and you clothed Me; I was sick and you visited Me; I was in prison and you came to Me.”

After reciting the passage, he told the congregation what he had experienced. That morning many bowed their heads in shame and cried. Pastor Jeremiah Steepek then told the church that what he is looking at is not the body of Christ, but a group of people. He went on to say that there are enough people in the world, but not enough disciples. He dismissed the service after asking the congregation when they were going to make the decision to become disciples?

It’s a sad story, but it is also the reality of the church today. We are prideful and self-centred and have no real understanding of what it means to be a Christian. Going to church every Sunday isn’t what saves you. If your heart has not been transformed by the power of the Holy Spirit, if you are still living in perpetual sin, you are not saved.

The Bible tells us to examine ourselves (2 Corinthians 13:5-7). You know whether you are saved or not, the condition of your heart will tell you. Examine yourself and ask the Lord to uproot anything that is not like him. The Edomites were destroyed because of their prideful nature, take heed to Obadiah’s warning and repent before it is too late.