Stop Running From Your Calling. 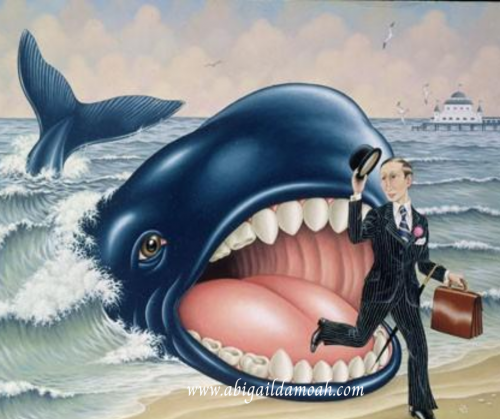 Imagine being called by God to stand in the middle of war torn Iraq, a Muslim nation and declare the word of the Lord! It wouldn’t be an easy assignment, and some would say it wouldn’t be the most sensible thing to do either. In the eyes of man the only predictable result would be imprisonment, torture or death and nothing less. Knowing that your life would be in danger by accepting the call of God on your life, you too might run like Jonah.

It’s easy to criticise the prophet; after all, it was the Lord God Almighty who told him to go. Did Jonah really think that He could hide from God? Did He really think that God wouldn’t know what He was doing?

It’s easy for us to label Jonah a coward because that is how he is described in the book. However, his dilemma was real. You may not think that you run like Jonah when God asks you to do something, but we do ignore Him. What happens when He tells us to go and minister to the paedophile down the road? Everyone knows what he did because they have to register as sex offenders. When God asks you to deliver the message of salvation to him, your first response is going to be, “but do you know what he did?”

As Christians we are sometimes not willing to accept that God wants to save everyone, not just the good people, but the bible says that Jesus came to save the sinners and not the righteous (Luke 5:32). Therefore, whether the person has murdered ten people they have the same right as you to receive the gift of salvation.

Jonah had to be broken before he was able to grasp the depth of God’s mercy. The story was written for you to learn from his mistakes. The bottom line is this, when you are called by the Lord; don’t be so stubborn and rebellious that He has to break you before he can get your full attention.