3 Consequences of the Fall we Never Think About. 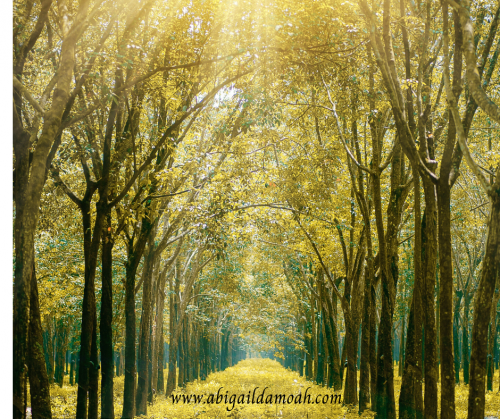 We are all familiar with what happened during the fall. As the story goes, Eve was tempted by the serpent, she ate from the tree of life, gave some of the fruit to Adam and they fell from grace. Very rarely do we consider the severe consequences of their actions, and what the world would have been like if they had remained obedient to God. Here are some things to consider.

Marriage Has Become a Curse: I have never wanted to get married for several reasons. First because I am so focused on my vision that I simply don’t have the time for a relationship, and second it is not something I desire. You’ve only got to look at the world we live in today to know that the joy of marriage left the earth a long time ago. Divorce and blended families are the new normal, even amongst believers. People just can’t seem to get it right. But why is that? I believe that it is one of the consequences of the fall. In Genesis chapter 2, God said: It is not good that man should live alone (Genesis 2:18). But in the book of Corinthians, Paul states, if at all possible, abstain from getting married (1 Corinthians 7:8). Is this a contradiction? I don’t think so.

Before the fall it was not good that man should live alone, life was perfect, Adam and Eve would have loved each other passionately for eternity. They had no desire to want another partner because they were totally satisfied with each other. After the fall, things changed, their eyes were opened and suddenly, they wanted more out of life, their habits became annoying and they found it difficult to live together. Then the kids came, and things got even worse.

Children Have Become a Curse: Cain killed his own brother because of jealousy, can you imagine how Adam and Eve felt? It is impossible to put into words the devastation they experienced. Today, kids are more unruly than ever, they are committing more heinous crimes than Cain and Abel. Once you become a parent, that’s it, you are stuck with your offspring for life, they are totally dependent upon you and there is nothing you can do about it. Some people find it so difficult to handle parenthood that they give their children up for adoption, some don’t even get that far and abort the baby before it is born. You’ve only got to do a quick Google search to discover how many people regret having children.

I have never wanted children, the thought of being responsible for another human for the rest of my life does not appeal to me at all. But this was not God’s original intention.

Lust Has Become the Norm: It is normal for married couples to desire other people. Some take it as far as indulging in swingers parties where couples willingly sleep with other people. God designed lust for marriage, that intense attraction that the opposite sex have for one another was not supposed to extend outside of the marital bed.

These are just a few of the consequences of the fall that we rarely think about. The good news is that despite the fact that the world is in complete disarray, we have the hope and the promise of eternity.

One day, this earth will be no more, and we will return to the days of Eden. Praise Jesus!