Why do You Show me Iniquity? 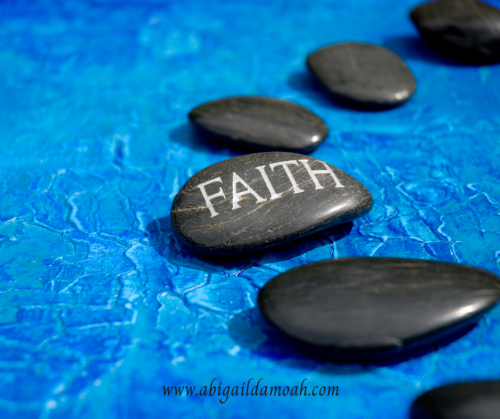 Habakkuk 3:3-4 “God came from Teman, The Holy One from Mount Paran. His glory covered the heavens, and the earth was full of His praise.”

Living in a world where evil reigns, one often asks the question, “Where is God?” Children are murdered, rape, hatred, senseless killings saturate the news daily, and the wicked continue to prosper. “Where is God?” Is a genuine, and valid question; however, it is not a new one.

Habakkuk was a prophet sent by God to the nation of Israel, he was sent during a time of spiritual decline and moral upheaval. The society was much like it is today, its inhabitants had strayed so far away from God that evil, violence, injustice and distress were the norm. Habakkuk asked the same questions that believers of this day continue to ask. “Why do you show me iniquity and cause me to see trouble? For plundering and violence are before me; there is strife, and contention arises. Therefore the law is powerless, and justice never goes forth. For the wicked surround the righteous; therefore perverse judgement proceeds.” (Habakkuk 1:3-4)

The name Habakkuk means to “embrace” or “wrestle,” Habakkuk embraced the goodness of the Lord. At the same time, he wrestled with the apparent indifference of God towards the evil that was taking place in the world around him. The majority of Christians can relate to this dichotomy.

Habakkuk was a man of prayer, and throughout the book, we see that he took all of his concerns to the throne room. He went from questioning God, to trusting Him, he made the transition from anxiety to adoration. He simply made the choice to trust God, and focus on His awesomeness as opposed to worrying about how He was going to rectify the worlds problems, and this was his mindset in the above verses.

Teman was located in southern Idumea, it was referred to as the land of the ‘sons of the east.’ When Habakkuk says, “God came from Teman, he is referring to God appearing out of the east. The sun rises from the east, He is eradicating the darkness, and inaugurating a new day, as the sun shines over the earth, God is shining over his people. Click To TweetGod is shining over his people.

The root verb for Paran means, ‘to glorify,’ indicating that God will glorify Himself in Israel. Habakkuk has come to a place in His relationship with the Lord, where he understands that there is a greater purpose behind the evil that he is surrounded by. He is now able to look into the realm of the spirit, and see what God sees,  and that is, that one day in the future, the earth will be full of praise for the Great and Mighty One. A time is coming when every knee shall bow, and every tongue shall confess that Jesus Christ is Lord. (Philippians 2:10-11)

Proverbs 3:5-6 says, “Trust in the Lord with all your heart, and lean not on your own understanding; in all your ways acknowledge Him, and He shall direct your paths.” We may not understand why we have to suffer in life, but God does. No one understood why I was found guilty of a crime that I did not commit, and sentenced to 12 years in prison; but there was a purpose behind it. Now that I have been delivered, I can see why I had to endure. I survived a seemingly insurmountable situation, because my hope and my trust was in the Lord. Like Habakkuk, I witnessed the hand of the wicked prevail against me, after spending months questioning God, I began to trust that the word He had given me would come to pass. Five years into a 12 year sentence, all charges were dismissed, previous sentence vacated, and here I am writing this devotional. Glory to God!

As God had a plan for the nation of Israel, He also has a plan for your life. You may be sick, in a rocky marriage, your children are rebellious, whatever trial that you are currently facing, the Lord has promised to perfect all that concerns you. So hold on, and lift your eyes up to the hills from where comes your help, deliverance is at hand.