The Personification of Purpose. 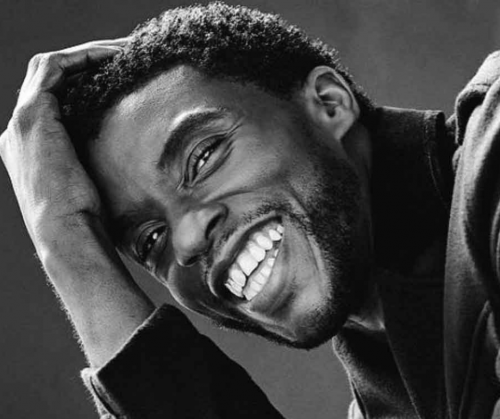 “When I stand before God at the end of my life, I would hope that I would not have a single bit of talent left, and could say, I used everything you gave me.” – Chadwick Boseman.

Thursday 28th August 2020 is a day I will never forget. The world lost Chadwick Boseman to colon cancer at the tender age of 43. My heart is still heavy; to begin, I would like to offer my deepest condolences to his family, friends and loved ones. May God continue to strengthen and uphold them during this time.

His death was an initial shock because Chadwick played king T’Challa in my favourite film Black Panther. But when I learnt he had battled with colon cancer the entire time he made the film, and a string of other awesome movies; I was mortified. Thoughts of his suffering in silence plagued my mind for days; but then, the Spirit of the Lord began to speak.

I first discovered that Chadwick Boseman was a Christian after hearing his speech at an awards ceremony for Denzel Washington, and he pronounced an Ephesians 3:20 blessing on him. I had not heard him speak like this before, and I knew right away that there was an anointing on his life.

After going through several posts on social media, it became clear to me that Chadwick was filled with the Holy Spirit. Every time he spoke, he delivered a word from God. He used his platform to glorify the name of Jesus in so many ways.

I have received several revelations over the last few days, but one of the most profound was the similarities between his life and the life of the Messiah.

Jesus came to earth knowing He was going to die as a sacrifice for the sins of mankind. But not once do you read of him complaining about his impending death. He fulfilled His purpose, everything He was called to do was fully accomplished. He healed the sick, cast out demons, raised the dead, prayed for and ministered to people, and encouraged the downtrodden. Jesus carried His burden with grace and did not allow it to stop Him from living His purpose.

Chadwick Boseman did the same, he knew he had colon cancer, and possibly knew he was going to die. But he kept making films, kept being a blessing to everyone he came into contact with, and refused to let the sickness stop him from fulfilling his destiny. He went to his grave without one regret, knowing that every assignment given to him had been completed. When Boseman was ushered into the presence of the Lord, I believe without a shadow of a doubt that he heard the words, “Well done, My good and faithful servant, enter into the joy of the Lord” (Matthew 25:21-23).

If there is one thing every human being can expect from life, it’s death. None of us will escape it; in fact, the Bible describes our time on earth as a vapor (James 4:14). In other words, it is here one minute and gone the next. We all know we are going to die, but none of us are aware of the time or method in which we will cease to exist. Most people do not consider eternity; but yet, we seem to have amnesia that our time here is short. It is only when deaths like Chadwick Boseman’s occur that we are reminded of this fact.

But since we know we are going to die, and we don’t know when it will happen, everyone of us should live as if each day was our last. And I don’t mean have as much fun as you can, I mean live out your purpose daily. Think about it another way,

Tomorrow is not promised, thousands of people went to sleep last night with plans for the following morning and didn’t wake up. Chadwick Boseman showed the world that we can do all things through Christ who gives us strength. I cannot even begin to imagine the resilience it took for him to carry that affliction. He fulfilled his commission, and he has left a legacy that will remain for eternity. Another level of hope, courage and determination has been birthed in my soul because of the way Chadwick Boseman lived his life.

Thank you for daring to live as an active dreamer, and for showing us that anything is possible. You have fought the good fight, you have finished the race, you have kept the faith, now receive your crown of righteousness. Rest in Power my King! Forever loved, forever missed… until we meet in eternity.