3 Encouraging Psalms to Help You Deal With Depression. 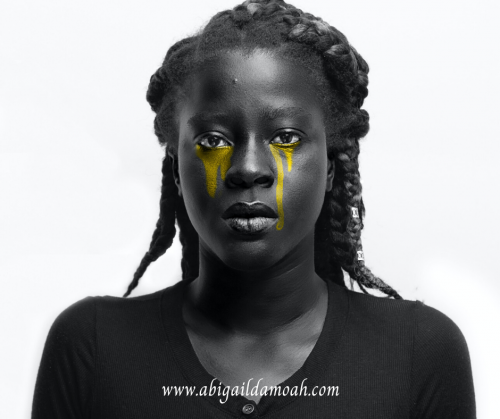 Depression is a very real disorder and it affects many Christians. I have said this in a previous blog post and I will say it again, believers often avoid the issue of mental illness because of the stigma attached to it and the belief that you are somehow less of a Christian if you are not walking in the joy of the Lord at all times. This was not a reality when the Bible was written, and it is not a reality now. Some of the most powerful prophets of God suffered from mental illness; most notably Elijah. Do you think he just decided he wanted to kill himself because Queen Jezebel had threatened his life? Depression doesn’t come on you out of the blue like that; I believe he had been feeling this way for a while and we just saw it manifest in that instance.

May I add, that in some cases depression is more than a spiritual issue and praying a few Psalms will not free you from it. Some people battle with depression because there is a chemical imbalance in the body, low serotonin can have a negative effect on your mood and cause you to fall into a depression that you find impossible to get out of. So if you find that prayer is not working for you, seek medical help. With that being said, here are three Psalms that will help you battle with depression.

Psalm 61: In verse 1 and 2 we read, “Hear my cry, O God; attend to my prayer. From the end of the earth I will cry to You; when my heart is overwhelmed; lead me to the rock that is higher than I.” David was another biblical legend who suffered from depression. Read his words again, “when my heart is overwhelmed,” isn’t that what it feels like when depression has taken over your soul? But even in his anguish, David knows where his help will come from.

Psalms 46: In verses 1-3 we read, “God is our refuge and strength, a very present help in trouble. Therefore, we will not fear, even though the earth be removed, and though the mountains be carried into the midst of the sea; though its waters roar and be troubled. Though the mountains shake with its swelling.” Imagine feeling so overwhelmed with trouble that you compare it to the mountains shaking? This is how David felt during his darkest moments. But in verse 10 we read, “Be still and know that I am God”, what a comforting thought.

Psalms 6: There were times in David’s life that he became so weary with despair that he cried all night. In verses 6-7 we read: “I am weary with my groaning; all night I make my bed swim; I drench my couch with tears. My eye wastes away because of grief; it grows old because of my enemies. In verses 8-9 David quickly changes his disposition and states: “Depart from me all you workers of iniquity; for the Lord has heard the voice of my weeping. The Lord has heard my supplication; the Lord will receive my prayer.”

Let us follow David’s example, in his depression, he knew that the Lord was his source of strength and that is who he turned to in times of trouble. May the God of Jacob comfort you from now until eternity.